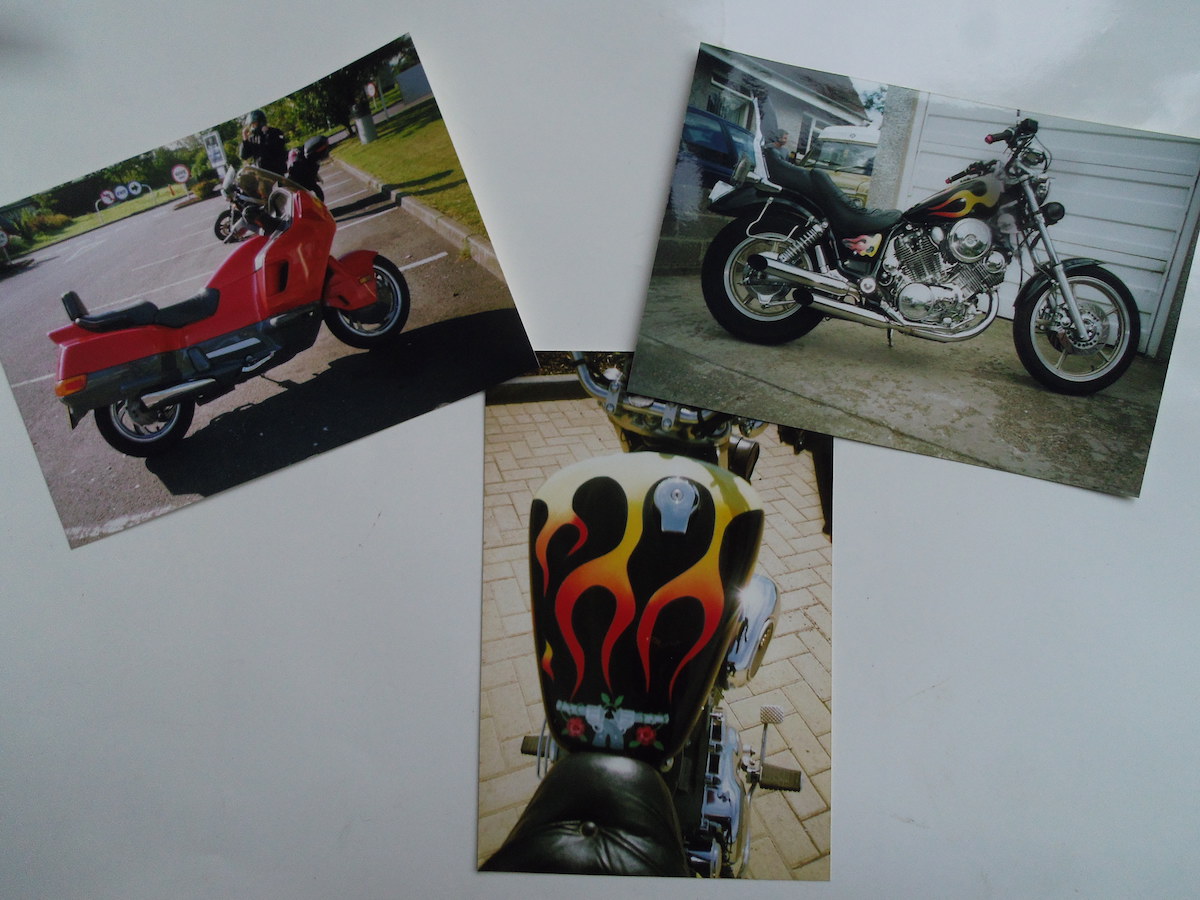 When anyone mentions the name of that exotic island, situated in the Atlantic Ocean, called Bermuda, what is the first thing that comes to mind? Is it the amazing beaches, long days of fantastic sunshine, dusky young maidens, or possibly just somewhere to hide those spare millions from the UK taxman? Probably not – its more likely to be that mysterious area just eastward of North America called the Bermuda Triangle, where all sorts of stuff seems to get permanently mislaid. Not just the car keys, mobile phone or the odd credit card, but much bigger things like ships and aeroplanes, which are infinitely more difficult to lose, no matter how careless their owners might be. They just seem to vanish right off the radar (literally), never to be seen again, and with no possible explanation for their loss. 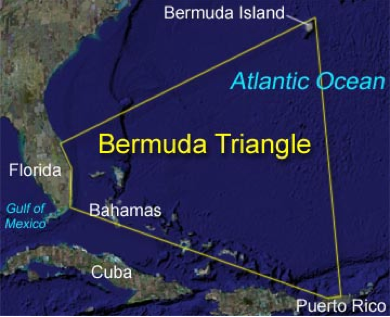 Now, I have a theory that Britain has its own version of the Bermuda Triangle, where unusual or unique motorcycles (and sometimes cars too) just vanish into thin air. I don’t mean that they get spirited away in a white Transit van in the middle of the night by persons unknown, to get broken into hundreds of pieces and sold on a well known Internet site or autojumbles throughout the land. No, this is where a one off custom cycle, well known in the local area for many years, gets sold to an individual in a neighbouring town and then is never seen again.

The possibility of the existence of a Bikemuda Triangle first came to my attention when I sold a custom Yamaha I had built, complete with a quality flame job with airbrushed Guns N Roses graphics paint work (done by these fair hands). The new owner had raved about the paint, and loved the sound from the straight through pipes. The bike was interesting enough to feature in a magazine at that time and had some unique features that made it stand out from the rest, including the addition of some Harley bits (sacrilege, I know, but I like to mix and match my bike goodies!). I had owned it for many years and travelled many miles on it alongside my then club, and to numerous events, so you could say it was pretty well known throughout Scotland.

The new owner resided in a small town not that far from where I lived and where a goodly number of my riding friends also lived. Now, these mates may have been getting on a bit, with eyesight not quite as good as it used to be but none of them ever spotted my distinctive old Yam ever again (cue music from the Twilight Zone – if you’ve never heard of it think of it as being the predecessor to the X Files, without the gorgeous Scully). The guy was a family man, with his own house and business in the town, so it was doubtful that he had just suddenly decided to up sticks and move to the other end of the country, taking my Yam into unknown territory. Maybe he just wanted it as a lounge ornament, but again not particularly likely.

I was not alone in this experience – in earnest scientific discussions with other custom bike and car owners (over a few beers in the local) it appeared that some of them had experienced similar mysterious dis-appearances in the past, which prompted a number of weird and wonderful theories to explain the phenomenon that got wilder and weirder as the alcohol intake increased; but even after a goodly number of beers I really couldn’t accept that aliens from Mars could have abducted my old bike for reasons of scientific study. It was nice, but not that nice!

After buying and selling a few more bikes, it happened to me again. It wasn’t a custom bike this time, but it was pretty rare, a grey import, with a unique paint job, the only one of its kind in the UK. Spookily enough, it was sold to an excited new owner who lived in the same town as the new owner of my Yamaha. Same as last time, my friends never saw the bike again despite its rarity and bright paint job.

The turnover of my bike collection came to a halt for a few years, then, in preparation for my move to France, I sold everything, including my custom Harley Sportster, which I’d owned for seven years. I did want to take that one with me, but Harley France refused to provide a certificate of conformity as it was deemed to be too heavily modified, so it had to go. When it was sold, it went to a near-bye town, where I’d been brought up, been a member of the local custom car and bike club and where I had many friends and family members. This was one very distinctive bike, well known in the area, and something even myopic non-biking friends would have recognised. And it happened again – one possible brief sighting – and then… nothing, nada, rien, gone!

So now, dear readers, it’s over to you. I’m sure, like me, anyone who has experienced this dis-appearing bike mystery would like to know what had happened to their ex pride and joy, to see how it had changed (or not) and to have that nice warm glow inside knowing that your creation was still being appreciated by its latest owner.

Now, I’m not much good on the Internet thingy, with my abilities being limited to eBay, emails and flight bookings, but I just know there are lots of people out there who are suitably skilled. Wouldn’t it be a good idea if someone set up a website, a bit like Friends Reunited (the site where people can look up people they never really liked anyway to see if their lives were more sad and miserable than their own), except for tying you up with long-lost bikes. Obviously it would have to have all the relevant security protections to stop it becoming a site for lowlifes targeting their next bike theft, but I’m sure that must be easily achievable. Then I might just find out what happened to my disappearing bikes – unless that is aliens, who have possibly long given up on the Internet as an obsolete tool, really abducted them.

To start the ball rolling, can anyone remember seeing my Harley Fatster running around somewhere in Scotland? I sold it in 2006 to a buyer in the Fife area. Please excuse the saddlebags – they were a bit too big and not too pretty, but were ideal for carrying lots of kit to rallies! 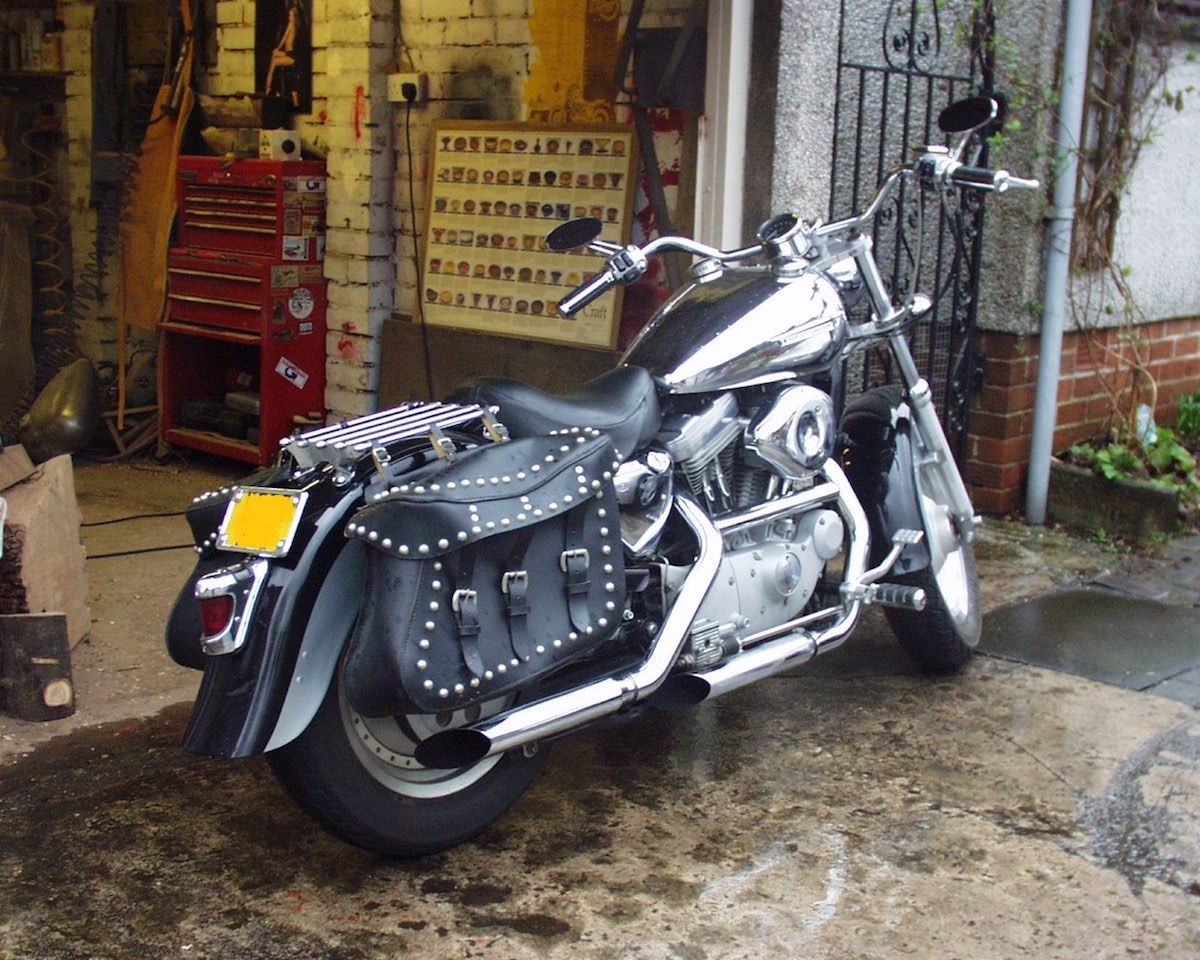 Now, who’s going to take up the challenge?

One thought on “The Bikemuda Triangle”