The first issue of The Rider’s Digest in August 1997, was a limited run, 24 page, b&w, photocopied freebie, which was aimed at the tens of thousands of motorcycle couriers plying the capital’s streets and was financed by the adverts of the firms vying to recruit them. 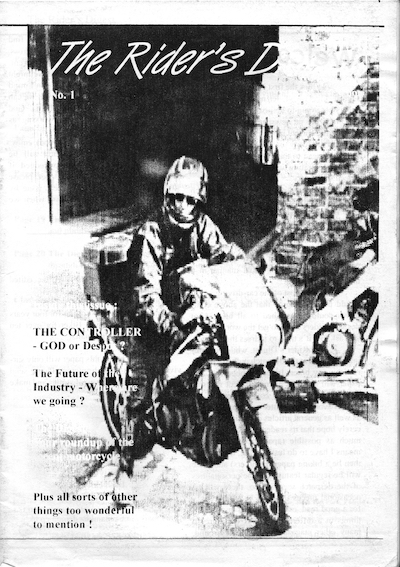 Early issues were delivered direct to courier companies across London and were available at various other places that were popular with despatch riders, such as tyre fitters, workshops and regular hang outs like The Smithfield Cafe. 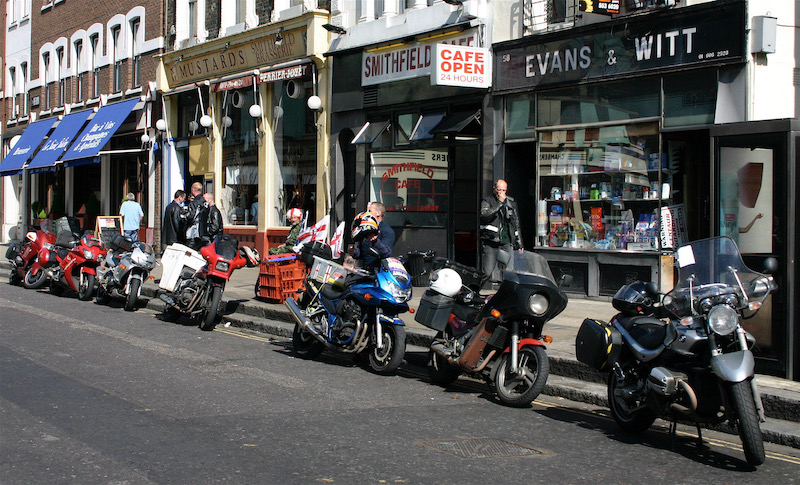 Riders beyond the industry began picking up copies and as the mag’s popularity grew so did its advertising base and it was distributed in ever increasing numbers through popular riders’ venues in and around London like the Ace Cafe, Rykas, and the High Beech and Blackheath tea huts.

It continued to grow and by its 2009 peak, The Rider’s Digest was circulating 32,000, 68 page, full colour glossy, free magazines across the UK every month. 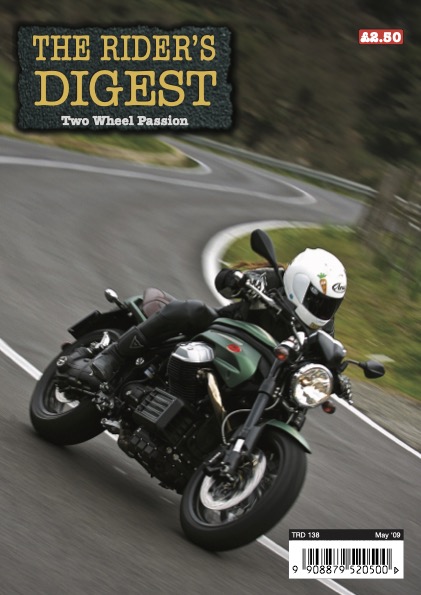 Unfortunately the printed magazine went bust in 2011, after a venture into the retail market and from early 2012 it was only available online.

However this August is The Rider’s Digest‘s 25th Anniversary and they have decided to publish a collectable one off limited edition via crowdfunding.

A mere £10 (including UK p&p) will allow the discerning reader to not only help make moto history, but to own a precious piece of it too!