After spending a couple of months nostalgia tripping through a rose tinted past, it seems a teeny bit churlish to start talking seriously about dispatching as a means of earning a living. However I’m aware that for many of you, that’s exactly what it is. You don’t get an enormous buzz when you start your bike each morning, you just go to work. 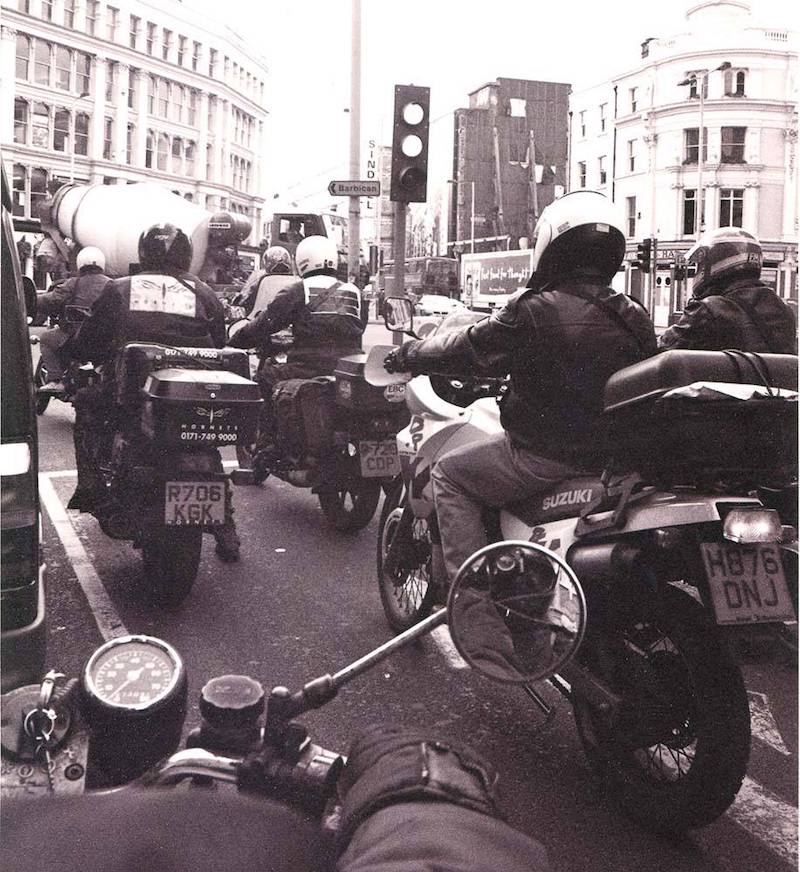 So where do you work? There are lots of companies to choose from, but the options available are generally the equivalent of being offered the pick of a hundred ratty CX500s (most of which have been dispatched for years). If you need to change, you’d ask a few questions and look for a respectable rear tyre, or a decent rack and topbox but you certainly wouldn’t waste any time wading through all the dross hoping to find a Ducati 916 hidden away. You know what’s out there and you get on with it, because, when all’s said and done, there’s bugger-all you can do about it. 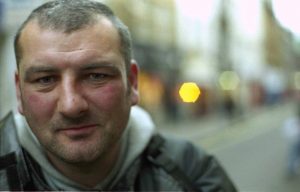 Which seems like a bit of a shame. Way back in October (In The Saddle, issue 26) WF thought there might be an angle and argued a good case for a Greater London Dispatch Riders Association. He ended his impassioned letter asking: “Am I a voice in the wilderness?” I’ve gotta say from what I’ve seen in TRD since, he was way out in south west Surrey.

Which just goes to show how neatly the whole business is stitched up. How efficiently it divides and takes advantage of the men and women, who literally – forget about metaphorically – deliver the goods. It’s not that the courier trade is any worse than the rest of the business community; it’s the same story all over. The people who manufacture the goods, or provide the service that actually generates the income, get the shittiest deal. There’s nothing new about the system, it’s the same way it’s been since the Industrial Revolution. The 50s, 60s & 70s were a mere glitch and since the start of the 80’s most of the gains workers achieved in the post war years have been eroded.

At the same time as the idea of a GLDRA was being raised in TRD, the Guardian carried an article stating that “…as early as 1993 two-thirds of British jobs were estimated not to be the steady, traditional, benefits-and-holidays jobs upon which one might base a life” and it went on to say “In the UK, for instance, between the winter of 1992/3 and 1995/6 only 9% of the 750,000 jobs created were permanent and full-time and… (many of the other jobs) lack benefits, holiday entitlements and pensions, let alone security.” 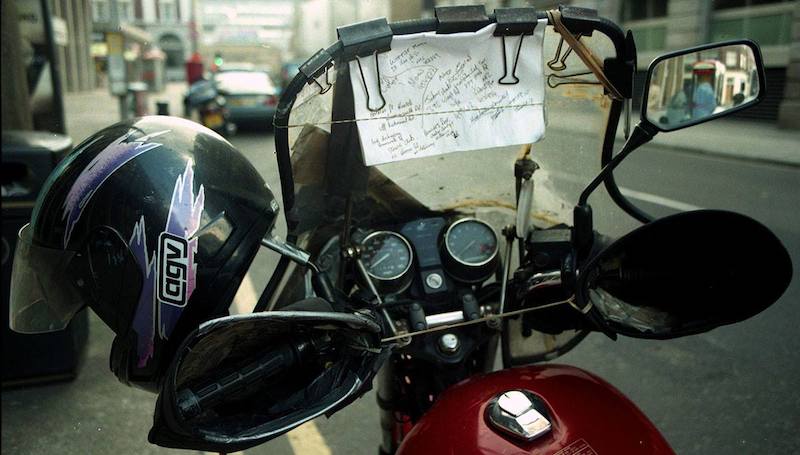 Sound familiar? The good news is that for once you’re not being victimised, which makes a pleasant change for motorcyclists. You’re simply having to eat the same shit as everyone else who hasn’t got a Masters in Business or Marketing. 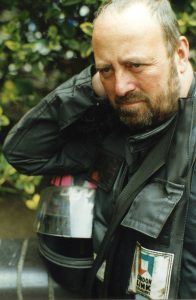 So if everyone else is getting shafted why should you bother? Even shit is relative and at least you get to ride a bike. There’s no arguing with that. For all its sins, your job has got to beat wearing a polyester uniform and serving up burgers with a corporate smile; or worse still, becoming spiteful and stupid, doing 120 minimum wage hours a week for AAAce Security.

Dispatching may have its shortcomings, but it’s still a boon for anyone who doesn’t want to have to deal with having a boss constantly looking over their shoulder, or getting up their arse all day long. It’s also still one of the few jobs where someone who has a bit of savvy, but failed to set the academic world alight, can walk in off the street and earn better than rock-bottom dollar.

If you check back issues of this mag, you’ll see untold articles and letters describing with great eloquence, the amazing highs of the courier game. But for every story of good work, sunshine and luscious receptionists, there’s always another equally well written saga of wankers on security, standing-by and breaking down in the rain. Which is a fair reflection of the business. In the long run it’s like most things in life; swings & roundabouts, it’s all down to how you deal with it. If you want to avoid getting a ‘proper job’, you just have to learn to take the rough with the smooth. 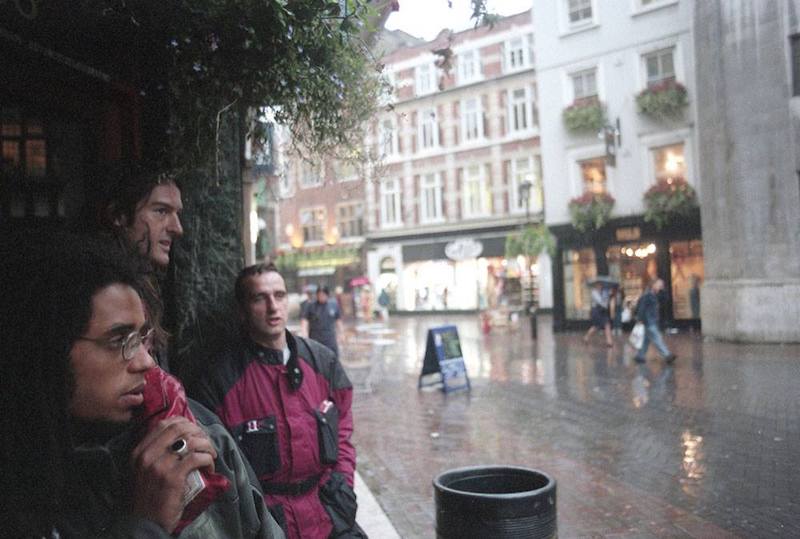 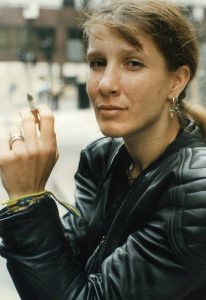 However a number of correspondents have also pointed out, that no matter how good the upside may be, it’s only the riders and drivers who have to deal with any real hardships or lows. Others have written, stating that without you, your bosses wouldn’t enjoy the standard of living they do. But with all due respect, I think that anyone who can sort half a dozen jobs into the right delivery order should have figured that one out. It’s all very well being clued in but as long as you stand alone in an employers’ market, that knowledge gets you nothing but bitter.

Admittedly if you are single-minded about making the maximum amount of money, you can still earn well working for this season’s top payer. In reply to WF’s plea, S. Ramdhanie displayed so much common sense (In The Saddle Issue 27) it was obvious he’d been around the block. So much so that his sardonic: “Yours a bitter and twisted man…” sign off was almost redundant. Earning top money, while at the same time declining to put up with any shit, can get pretty fucking wearing after a while. 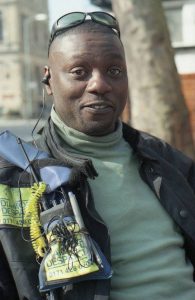 Most of you will have a view on how the business could be. Some think it’s fine, or at least are too cynical or nihilistic to bother to try to change anything. Others would like to be on PAYE, just so they don’t have nightmares about the taxman every time the drugs wear off, whilst others (a correspondent suggested) would run a mile at the very mention of the four initial acronym. The one thing that’s certain is there are thousands of you out there and you all have your own reasons and motivations for continuing to do the job. 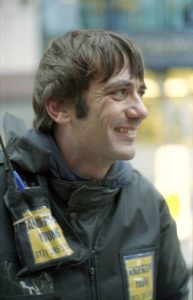 So can you move from bitter to better? Look around. Whatever differences there may be between you and your fellows of the road, you also share a lot in common. For one thing the majority of you are not being given the respect you have a right to demand. How many of you are familiar with the term “Skills shortage”? It’s an expression the government regularly wheels out to describe an area where there’s a problem recruiting and retaining specialists. Obviously, Millbank aren’t particularly interested in the dispatch business (unless it’s delivering their fresh spun bullshit!) they’re more likely to be talking about the health service or teachers, but the principal is the same. You – if you are an experienced professional rider – are that specialist. Any one of you can stand alone and screw the system for whatever you can make (but it’s a bit like fucking a porcupine) or alternatively, you can use your clout alongside your brothers and sisters to bring about changes in an industry that would collapse without you. What would they do if you all went on strike? Bring in pizza pilots? 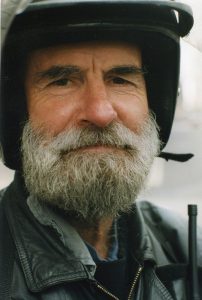 Now I know you’re unlikely to go on strike, experience would suggest it would take a minor miracle just to get a few of you together. I think that’s partly where WF went wrong. His list of possible benefits (free tax advice and legal representation, cheap this and discounted that) were spot on, but they required a thousand members, so were hardly designed to overcome apathy. Also his invitation was open ended; he just tossed the idea out there, hoping a thousand riders would write back. 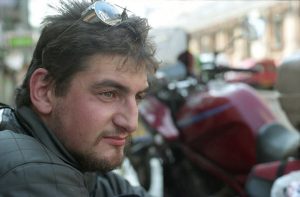 However that doesn’t mean that the principal isn’t sound. No surprise then that three-quarters of respondents to the TRD survey, when posed with the “…courier’s union, federation or association” question, ticked the yes box..

It doesn’t require a trained data analyser to recognise the demand. But where does it go from here? Forget about WF’s worries about being blacklisted, YOU are the answer to a skills shortage. Without you the whole bubble goes pop. Besides coming together in an association, is as much about spreading the load and gaining support, as demanding reasonable conditions from bad companies. 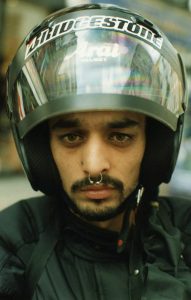 In spite of my comparison between the average cowboy outfit and ratty 80s Hondas, I recognise that there are enlightened companies out there; but none of them will feel threatened by the prospect of an organised, professional, self supporting workforce. The best companies already offer great benefits and would be happy for riders to get together and make comparisons. It’s only the dodgy ones who would be unduly worried; but in a riders’ market you’ve got to ask yourself, who needs who most? 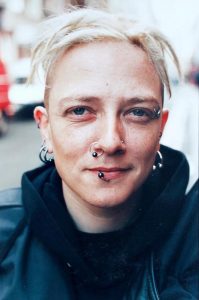 So what’s the next move? Basically TRD is the perfect place to raise these issues, but to get anything done requires people meeting and talking. So write to me at TRD saying that, in spite of your inbuilt cynicism, you’d be interested in an initial get together. For a meeting to achieve anything there would need to be at least twenty people there and they’d need to represent at least 10 companies. But from that little acorn…

This is the deal. I’ll run a Blue Peter style meter and once the numbers are in will arrange a time and place. Easy peasy! Grasp the chance to use your combined ideas and experience (a considerable force, I trust you’d agree) to consider practical plans to improve the conditions you work in.

What have you got to lose but your chains? (AKA: Stop getting shafted) Write NOW while you’re standing by!

Be UNITED out there 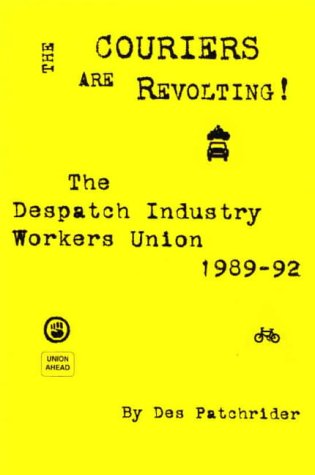 Postscript: in issue 46 I wrote:

“Exactly a year ago in a piece entitled “Once More For The Road”, I thought I put an irrefutable case for a riders union. I finished by offering to run a Blue Peter style meter, to provide readers with a visual monthly indication of the level of interest. The problem is any “Interest-meter” or graph needs to have at least two dimensions, but by the time I next sat down to write, all I had was a baseline with a big zero written alongside it. I thought of all sorts of smartarse ways of presenting my 1D model and giving you the readership a good bollocking for your apathy and total lack of foresight, but in the end I decided to drop it. I figured that if that’s the way life is nowadays, the last thing you need is me nagging you when you’re sitting down for a dump. Instead I wrote a piece about stuffing bikes while ogling redheads, beautiful breasts and a range of similar distractions — and I got stacks of feedback!”

All courier photographs are copyright Nick Smith from his brilliant Stand by West One collection which first appeared in issue 194 in Autumn 2016. (You can also find more details on his Facebook page.)