I reckon I could call myself an experienced rider. In the past 6 years, I’ve ridden over 120,000 miles across Western Europe and the U.S. through sun, rain, sleet and even a bit of snow here and there.

Most of the songs I’ve written during that time have had some connection to the experiences I’ve had travelling on my bike, or to experiences which have been made possible by my biking lifestyle. Travelling almost exclusively by bike – and nearly always alone as well – has dramatically changed the lenses through which I view life, the world and myself, and become a deep and intrinsic part of who I am. 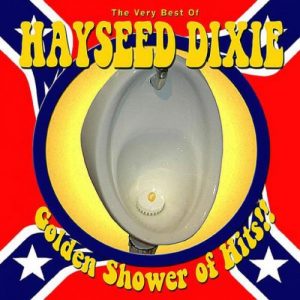 It all started, and very nearly stopped, when I was just 10 years old. I remember my first motorcycle like it was the day before yesterday. It was a little puke-yellow Yamaha GT80, a primitive 2-stroke single-cylinder machine, that my father bought for me used for $250 at the beginning of the summer in 1980.Most of my friends had developed equally-burning desires for small dirt bikes as that summer approached, and I suppose we all collectively wore our parents down with a prolonged and coordinated spring campaign of intense begging and pleading, because we all ended up getting bikes of roughly similar sizes and descriptions at the beginning of that summer. We lived in the semi-rural hills just past the suburbs outside of Nashville, Tennessee, and with my neighbour friends, I rode that bike around the fields and woods behind our houses every day for that entire summer. We all grew progressively more and more daring as the days rolled by and as our skill and experience (at least by our pre-teen estimations) built. We began constructing more and more elaborate ramps and such for jumping and stunts… 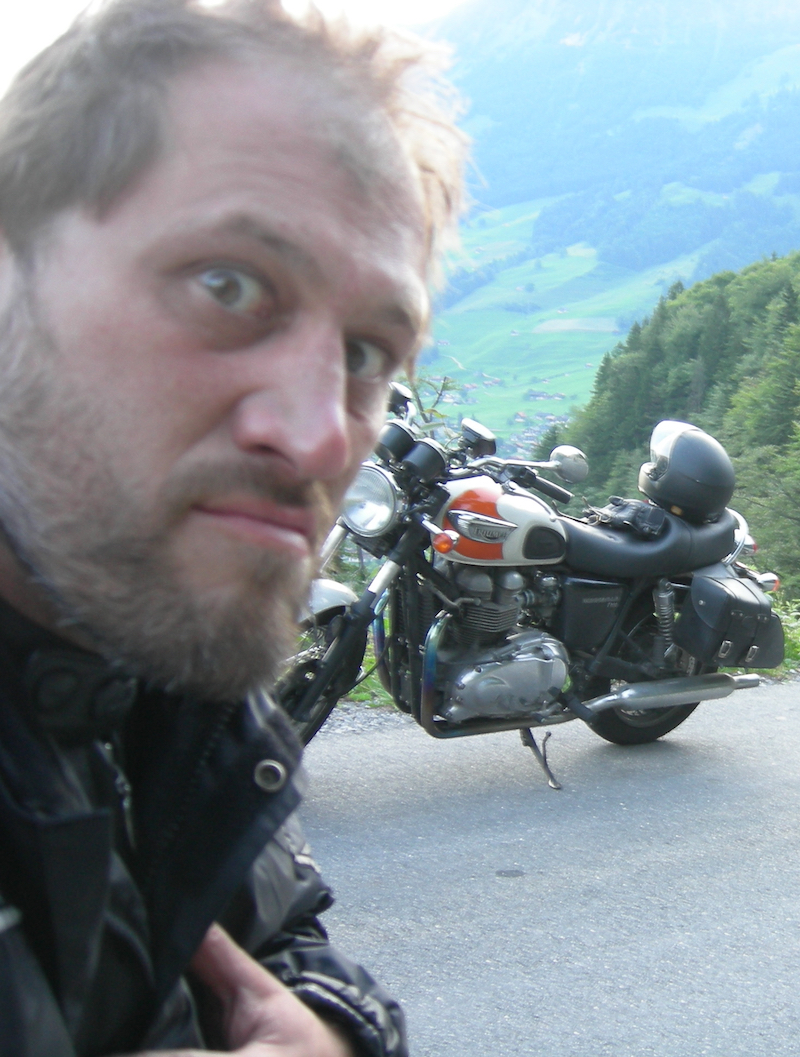 Unfortunately and I suppose also inevitably, near the end of August I managed to break both of my ankles during a particularly unsuccessful “stunt” attempt and while the bike survived the event entirely undamaged, save for a broken clutch lever, I was consigned to spending the first 6 weeks of my 7th grade school year in a wheelchair with casts on both my legs. It was tragic, particularly for a 10-year-old. My father and mother, justifiably horrified, insisted unilaterally that we sell the bike and I reluctantly agreed – on the condition that I could keep the money we got for it to buy myself something “safer”. I remember with bitter clarity the day when my beloved bike went rolling down my driveway on a trailer behind somebody else’s truck, never to be seen by me again, and I sat there in the wheelchair, cash money in my hand, sobbing my eyes out. But it was a personal turning point, a bit of a “life fulcrum,” as I used the $250 from the sale of the bike to buy cheap guitar, which I then played every day for the next several years, and eventually carried on to a reasonably successful cult-band music career which has surprised even me by continuing to earn me a reasonable living through to the present day. One door closed and another opened, I suppose. And until the summer of 2006 – a good 26 years later – I never touched another motorbike again. 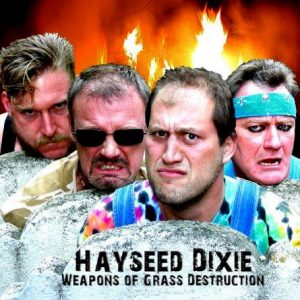 But one particular day in April of 2006, during an especially long and protracted tour with my rockgrass cult-band, Hayseed Dixie, I was riding in the tour van between shows in Edinburgh and Dundee, Scotland. It was a glorious sunny day and sitting there with a huge roadmap in my lap, I desperately wanted to get off the motorway and see the coastal rode (hell, any road actually!) rather than the M-whatever. But the rest of the band wanted to get to the next hotel as quickly as possible. And I was overruled. Sitting there boiling with frustration, I looked out the van window and saw two people ride past us on bikes… and I had a sudden vision of how the future could be! And what a glorious vision it was: Independence; Autonomy; Adventure. In roughly that order. I’m an only-child, just for starters, and these concepts glowed in my inner headspace like flashing neon signs. I bought a bike magazine at the next petrol station and started to study my options. 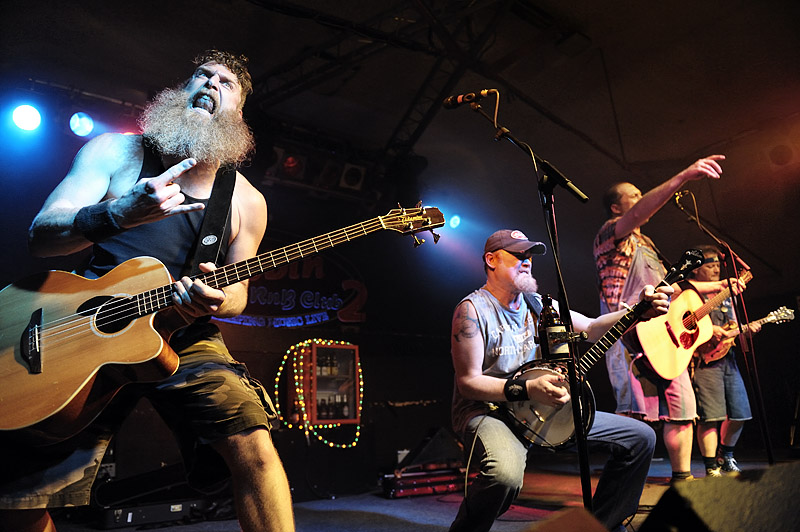 About a week later I walked into a Triumph dealership in North London, just because it happened to be the closest bike dealership to the hotel that the band was staying in. I took one look at the first Bonneville T-100 I saw, which just happened to be the closest bike to the entrance door of the place, and fell immediately in love. When the salesman walked up and said, “Good day, Mate. Can I help?” I just pointed at the Bonnie in front of me and said, “I’ll have that one please!” and pulled out £6000 in stacks of twenties. 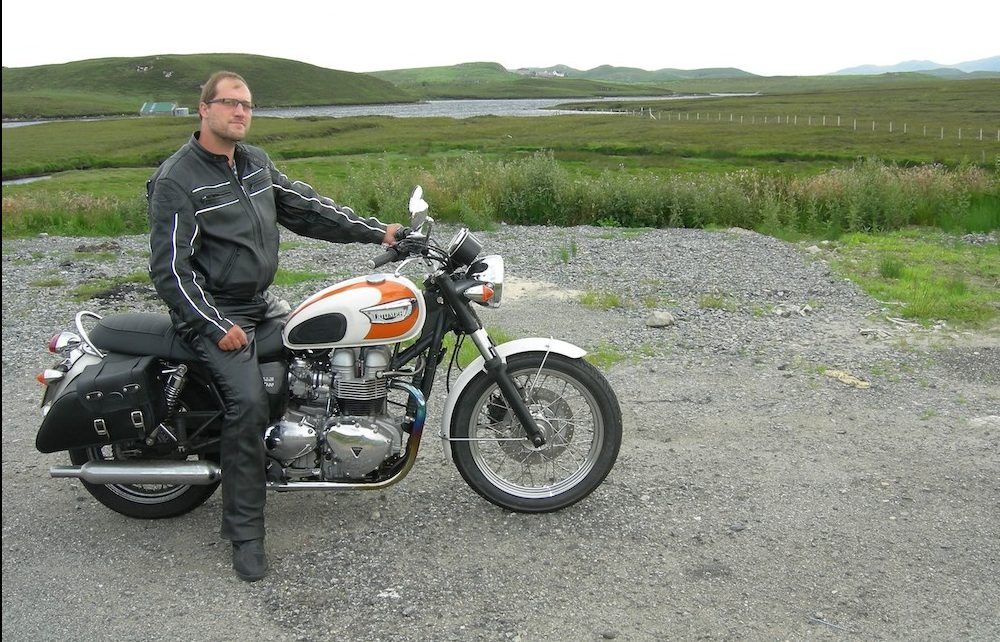 Now – I’ll be totally honest in the following sentences. Like I said above, on that day I had not touched a motorbike in nearly 26 years, and I had never ridden one on the street. Not ever. I’m not suggesting that any of you should do what I did, and do be assured: I’ve since gotten myself a proper motorbike license and whatnot, but at that time, I had only my Tennessee car driving license. However, as fortune would have it, nobody in the U.K. has the slightest idea about how U.S. driving licenses work (and vice versa) so I wasn’t asked any uncomfortable questions as I filled out the paperwork. I put down my soundman’s U.K. postal address as my own. I got fitted for a leather suit, a helmet, gloves, the works. It was a hell of a lot of kit! And since I had to ride the thing all the way to Aberdeen the following day and play a show that night, and this was before we all had phones that would surf the internet and such, I looked on the shop’s computer to see how many miles I had coming up: right at 500 miles.

“Wow!” said the salesman to me. “You’ll need to try to get booked into a shop in Aberdeen to have the oil changed when you get there tomorrow.”

“Well, the bike has ‘run-in’ oil in it right now, which has grit in it to help break the engine in.” He looked at me a bit curiously, like I might have originated from a different planet rather than just a different country. “You have to get that out and put regular oil in after 500 miles, Mate, or you’ll bugger up the engine.”

“OK,” I said. “Do you have the number of a shop in Aberdeen then?” He gave me a number of the shop, which after much pleading and begging from me agreed to change the oil for me when I got there. “Try to vary the speed you ride at and go through the gears on the way up here,” the fellow advised me. Sounded like a plan to me! 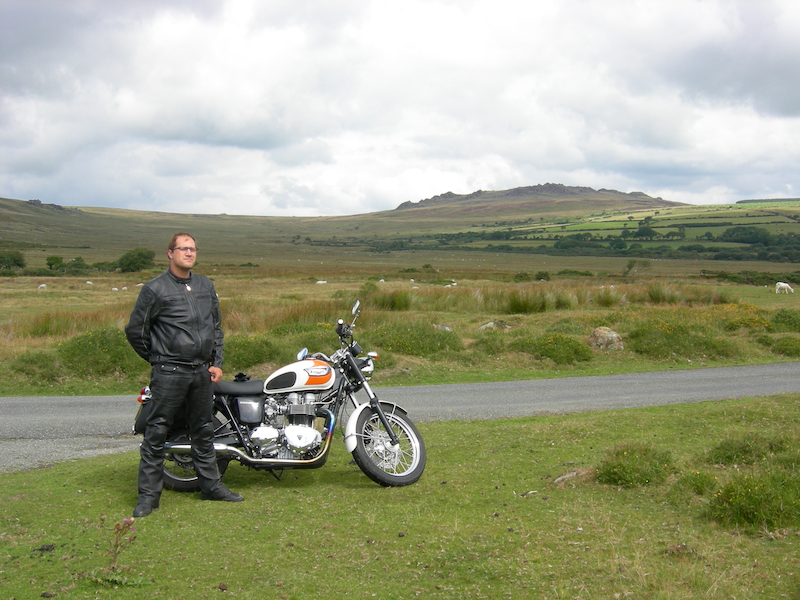 When I went back to pick up the bike the following day and ride it from North London to Aberdeen, it was raining bucketloads. And I don’t mean traditional English drizzle either. I mean American-style torrential downpour rain! The forecast that morning on the TV had projected that rain would continue across the entire U.K. for the whole day.

“Be careful for the first hundred miles or so, Mate,” the dealer said to me. “The tyres have releasing agent on them and they’ll be slick until you wear it off.”

Great! Rock and Roll! And he handed me the keys. 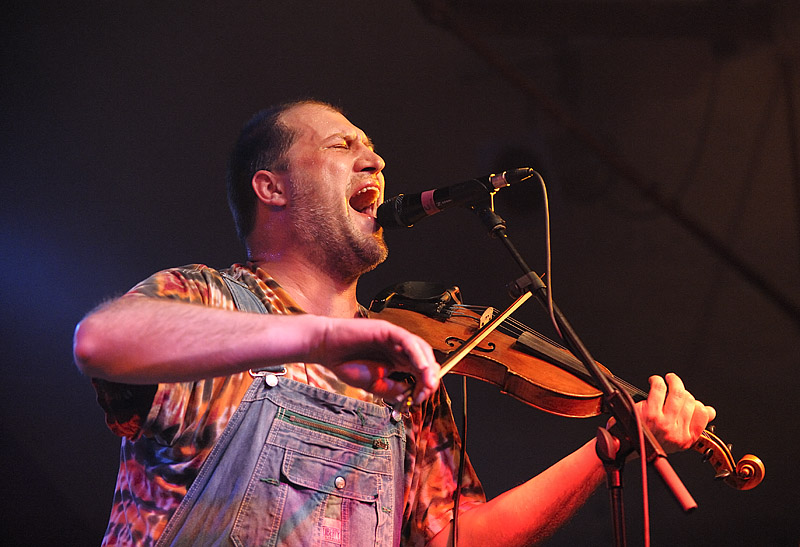 Luckily for my pride, nobody from the dealership was standing outside in the lashing rain to witness what happened next, which was basically as follows: I sat on the bike in the stiff, brand new leather suit, which was growing heavier with every new raindrop it soaked up. I pulled down the visor on the helmet, which immediately steamed up like a shower curtain. I inserted the key, pulled in the clutch and started up the engine. I sighed a big “OK, here we go!” to myself. I gave it a bit of throttle, released the clutch far too quickly and saw my whole life flash before me as the back end of the bike spun around sideways, dumping me right off onto the pavement. Damn.

I can honestly say that, at that moment, scurrying back up off the ground, picking up the bike with shaking hands and wobbling knees and getting back on it was one of the hardest and most terrifying things I’ve ever had to do. But I did it. And I did it as fast as I damn well could too, before anybody inside the shop could see what had happened. And let’s just say that I was much more gentle with releasing the clutch as I tried to pull out of the parking lot into the river that was running down the busy A road in front of the dealership.

The next 2 hours – roughly 100 miles – were about the tensest 2 hours I can remember in the whole of my life. Maybe it’s actually a good thing that, due to the relentless rain and steam-covered visor, I couldn’t see more than about 15 feet in front of me for most of it. But by the time I stopped for gas after that first 100 miles, I was actually beginning to relax a very slight bit. And by the time I made it to Aberdeen about 9 hours later, with my butt reduced to raw hamburger meat and my hands numb from somewhere just above the wrists, I had conclusively made the decision that I would be investing in the upgraded “comfort seat” and heated grips options as quickly as possible!