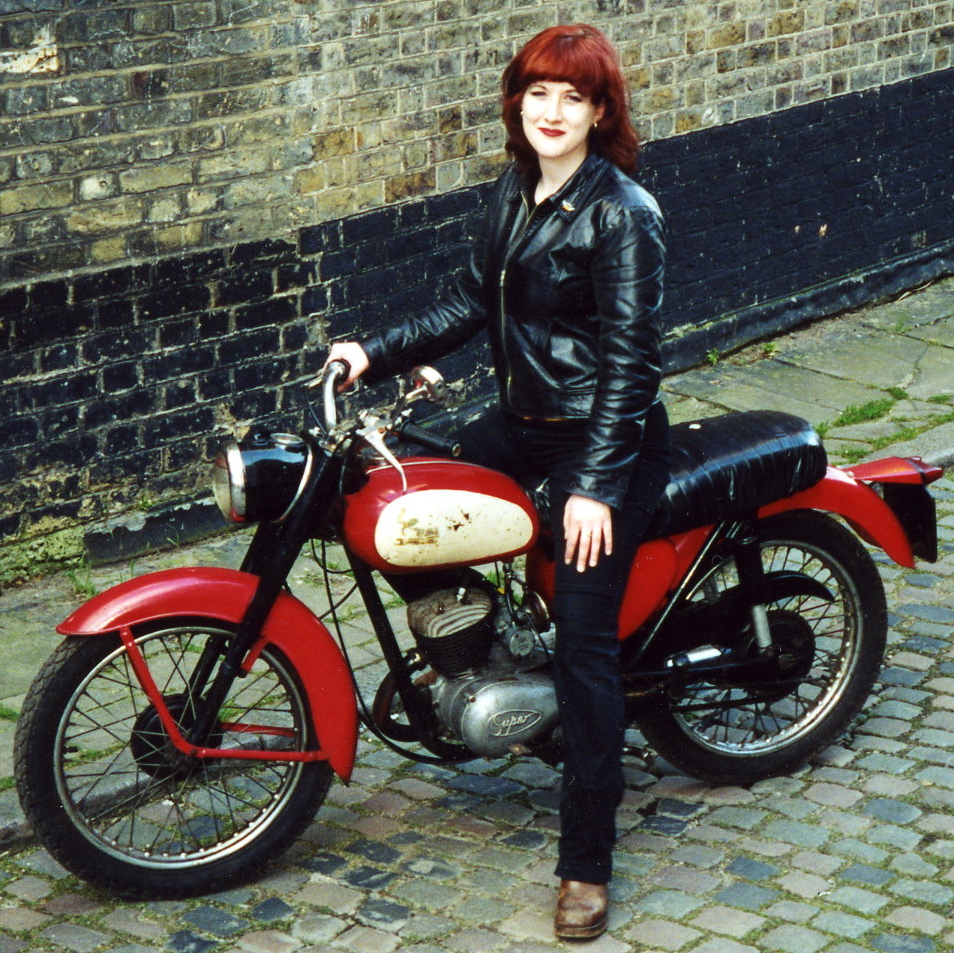 Apart from riding pillion with various unsuitable boyfriends when I was a teenager, my first motorcycling experience was wobbling around a cobbled yard in Kennington on a BSA Bantam. I bought it, and it never ran again.

I currently have a 2004 Yamaha TTR250, which is the bike I just rode across Africa. I also have a 1994 Yamaha Serow (currently recovering from being nicked and hotwired by some scallywags (aka wankers) in Kings Cross, and a 1978 XT500 with which I have the standard love/hate relationship.

My first attempt at off-road riding saw me flying through the air after performing an accidental jump in a Derbyshire quarry. I landed on my right knee and the bike landed on me. The result was bad case of Tourettes followed by a trip to Matlock Hospital.

Riding across Africa to Cape Town, especially through the Congo (memorable for the wrong reasons) and crossing the Sahara (for the right ones).

‘We’ve got to get out of this place’ by the Animals (for the Congo). ‘Do you believe in magic’ by the Lovin’ Spoonful for the Sahara – because it’s the most upbeat record ever.

The feeling of freedom, especially on a dirt bike – you can literally go anywhere. Also, I love the camaraderie that exists between motorcyclists.

Putting on all the clobber in the winter.

Less emphasis by the motorcycle media on buying the ‘right’ bike / clothes / kit and more emphasis on just riding for the sheer fun of it – which, surely, is why we all do it in the first place.

As someone who had a go.