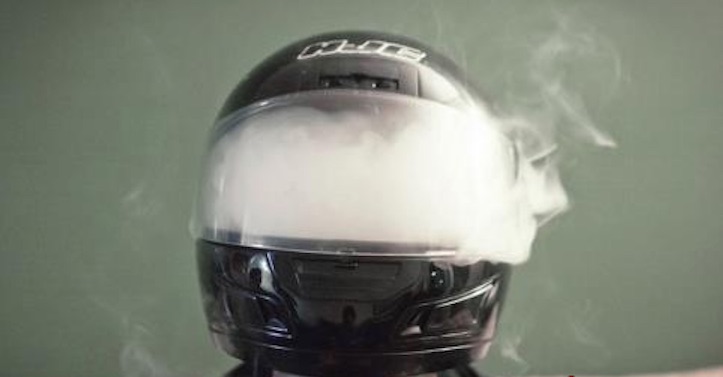 I was going to go out on a real limb on this one. There was a distinct possibility that this article would find its way under the noses of some people who were going to be pretty horrified at what they read. So horrified, in fact, that they might revoke my licence to teach; maybe get me arrested for something; maybe even take my bike licence away from me. Gulp. Not the bike licence, please; anything but my ticket to ride.

Enjoying the daydream of biking revolution, I head off to web-world to do some background research into the subject. Of course, the first thing I find out is that some boring old scientists have already nicked my brilliant subversive idea, done the experiments, and published the results. None of them had been locked up or even slapped on the wrist, and their various projects had government approval. Turns out that my idea was more than 3 decades behind the times and wasn’t that subversive after all.

In 1974, a bloke called Klonoff set up a study to assess the effects of cannabis on driving skills. His subjects, in various states of intoxication, drove a 27km circuit with a driving examiner sat next to them, marking their performance. The results were fairly straightforward: only the highest dose resulted in any discernible affect on driving skills.

There have been relatively few studies done into the effects of cannabis on driving (presumably because marijuana is illegal and scientists don’t know where to score). There have been none conducted on British roads since 1994, when HWJ Robbe did some of the most comprehensive tests in various environments.

Robbe’s experiments drew some interesting conclusions, which naturally confused the governing bodies so much that they more or less shoved the report under the carpet for a decade, until they were recently forced to dig it out again when the DfT decided to re-open this particular can of worms.

Robbe recognised that many previous studies into the area had been conducted in laboratories, where the poor stoner was sat in front of a computer, in an artificial setting, ‘driving’ a simulator. Now, anyone who has ever imbibed of the evil weed will be familiar with one of the most anti-establishment aspect of the drug: being high makes it much harder to do what society wants us to do, which is to simply accept things, especially if those things seem a bit dumb. Cannabis tends to make you question things. It can offer a different perspective. Robbe (and I’m not intimating anything here) seemed to understand that the artificial nature of most previous experiments might actually interfere with genuine results, so he ran most of his tests in real-life vehicles on real-life tarmac, which is after all, where us drivers and riders spend most of our real-life.

All of Robbe’s research studies were carried out on people who regularly used cannabis. In the early days they tried to use people who had no experience of the drug but found it very difficult to get any results because most of the subjects were too sick and dizzy to drive.

The results he came up with were fascinating to say the least. Yes, taking marijuana tended to impair ones ability to ‘track’, which is staying on ones line consistently. This is measured by standard deviation of lateral position (SDLP – there has got to be a political joke in there somewhere) and basically means you’re more likely to wander a little in your lane. Obviously, this is less of an issue on a bike where you have much more space to muck about with anyway. Now lets put this result into context. The measured impairment was no more than you’d expect after consuming a legal quantity of alcohol before driving. Or if you were a bit tired. Fatigue still kills many many more drivers and innocent bystanders than either alcohol or drugs.

However, the main and most important difference between stoned drivers and drunk ones is that the stoned ones were aware of their ‘impairment’ and more than capable of taking steps to minimise the risks of this. Robbe’s study found that the drivers who were under the influence of alcohol perceived their driving performance to be better, despite physical evidence to the contrary. After a dose of THC though, the drivers felt they were less able drivers and took steps to compensate, resulting in no significant drop in the actual quality of their driving.

You could call it paranoia, but high drivers left greater separation distances between themselves and other road users, drove more cautiously, and kept their mean speed lower, than the drunk ones.

So far I’m not getting the idea that pot is necessarily a problem as far as driving goes. In fact, a study conducted in Australia in 2001 fairly conclusively showed that a driver under the influence of THC was safer on the roads than someone who was completely straight and sober; Mr and Mrs Normal – whoever they are. “There is no doubt marijuana affects performance but maybe it affects it in a favourable way by reducing risk taking.” Said Professor Jack Maclean, director of the road accident research unit at Adelaide University.

Alcohol affects a human in various predictable ways. One of its primary effects is to increase your self-confidence. It’s often known as Dutch-courage (which is odd because the Dutch are more famous as tokers than drinkers) and means that you think you can do things that normally you wouldn’t dream of attempting. Chatting up the blonde at the bar, or riding like Valentino Rossi – it all comes so easy after a couple of pints.

Alcohol also affects your balance and coordination in a physical way but neglects to tell your Valentino Rossi fantasy about this. So now you’re an uncoordinated mess of limbs and dribble who has just annihilated his sense of risk but remains confident that you ride better drunk. Scary.

Cannabis on the other hand, also affects your balance and coordination, but self-awareness is increased. Put simply, have a toke and drive extra-carefully. Have a drink and drive like a knob.

Perhaps one of the most telling studies is the one conducted by the US Dept of Transportation in 1993. While the Americans didn’t actually use their own soil to conduct the tests – they went to Holland and used stoned Dutch drivers, presumably because no one in the USA actually does anything as subversive as smoke weed – nevertheless they came to the same conclusions as the rest of the world. Which is most unusual. The Americans, since Regan, have been the world leaders on demonising cannabis.

Probably much to the National Highways Traffic Safety Administration’s chagrin, their final report made this statement: “Drivers under the influence of marijuana retain insight in their performance and will compensate, where they can, for example by slowing down or increasing effort. As a consequence, THC’s adverse effects on driving performance appear relatively small.”

The bottom-line is that there is no real evidence to suggest that smoking marijuana impairs your driving ability. It affects it, for sure, but it doesn’t impair it.

We really need to stop freaking out every time we hear the word ‘Drugs’, if we are going to be able to truly assess this issue. Drugs come in various forms of vapour, liquid or solid: one of the most powerful ones known to mankind is most likely sat in pride of place in your sitting-room and is 27” of flat-screen government-endorsed class-A TV. We even actively pursue some kinds of drug addiction; those snow-boarders and bikers out there grinning their faces off are high as kites on their own classified substances, otherwise known as endorphins. Most of the illegal drugs we take are simply synthetic or natural versions of stuff we make ourselves anyway.

This is not a pro-marijuana article. It’s about our perception of a particular chemical and the huge rift between that perception and the actual facts in the issue of using the roads.

As with any drug, from caffeine to Prozac, cannabis doesn’t suit everyone – it just depends in which area your fucked-up-ness chooses to manifest itself. Drugs don’t fuck you up – but they are certainly not going to solve any problems in your psyche either. If you are happy with the inside of your own head then, almost by definition, you can’t have a drugs problem. If on the other hand, you have lots of unresolved skeletons in various cerebral closets and secretly hate your life, wife or reflection in the mirror then drugs won’t make it any better. They will probably, in fact, make it worse and give you something else to blame, which boils down to just another excuse not to sort out your own shit. Drugs in this context are any substance or activity that enables you to forget who you really are for a while – shopping, drinking, exercise, dope, whatever. Surely, the point of life is not to forget who you are, but to be who you are, as vividly as possible. Which is probably why I like biking as much as I do.

Every drug needs to be assessed in its own right. Just because dope, coke and ecstasy are all illegal, doesn’t make them all the same. Just because some drugs are legal doesn’t make them safe to take if you’re planning to pick your kids up from school in your car. The research shows that the drugs we can buy over the counter can have a much more dramatic effect on our ability to drive than cannabis. What is it we say in the CBT road brief? Oh yes; if you are taking any medication, or OTC pain-killers, cough remedies etc, then its desperately important to be aware of how they are going to affect you BEFORE you get on your bike and ride to work.

Mind you, your state of mind can have an even more powerful effect on your ability to ride a bike safely. Had a row with your other half this morning? Feeling a bit stressed about the mortgage? Got a cold coming on? Or PMT? All these things will affect your safety on a bike, and as a responsible rider you need to factor these elements into your riding plan, in much the same way you factor in waterproofs when its raining.

I’d hope by this stage it would be clear enough, but in case you’re still unsure where I stand on this:

This writer firmly believes that road safety in the UK would be better served if the DfT spent more money on relevant driver training, and less on pointless studies into what is already scientifically proven to be a non-starter in the race to be the new transport evil. 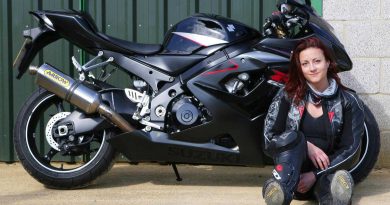 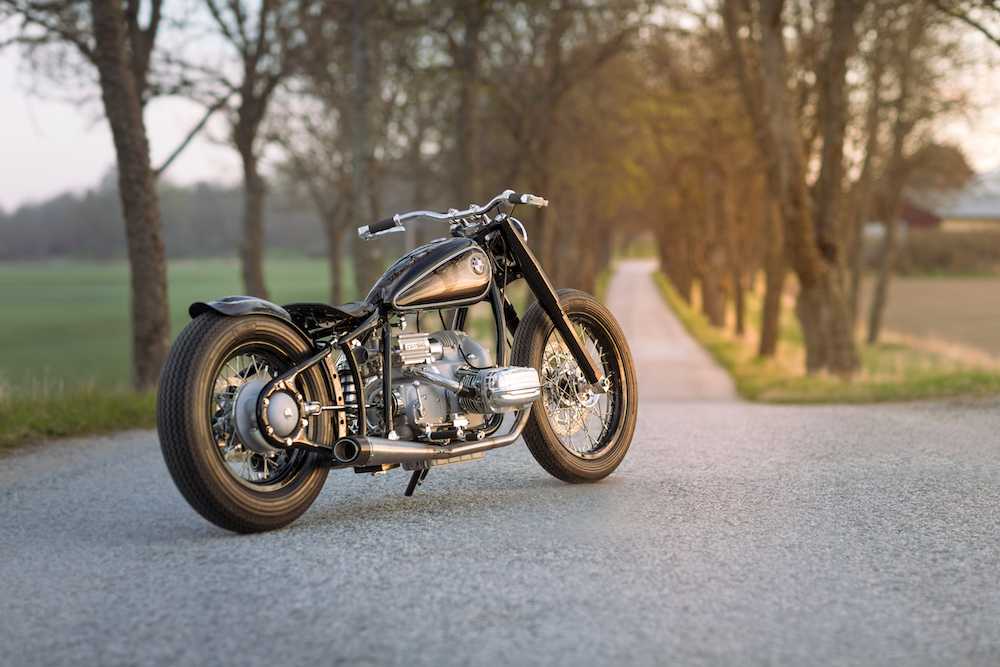 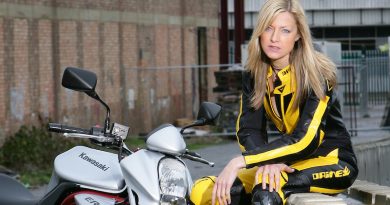