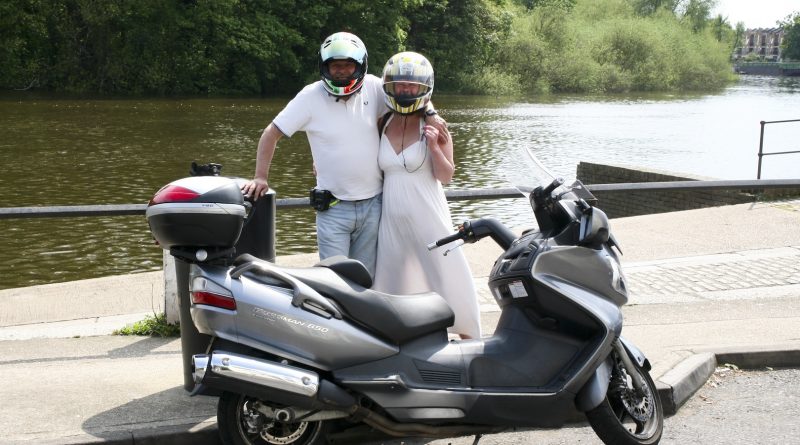 It’s been the same thing every summer for as long as I can remember but the din seems to be getting exponentially louder year on year; in fact sometimes I get the distinct impression that a large chunk of the Internet is spending every minute it isn’t wasting playing pointless social media games or spreading random unsubstantiated bullshit, tut-tutting about one thing or another, whether it’s riding a bike in the first place, riding it too fast, or – apparently worst of all in the current climate (i.e heatwave hot) – riding while inappropriately dressed! 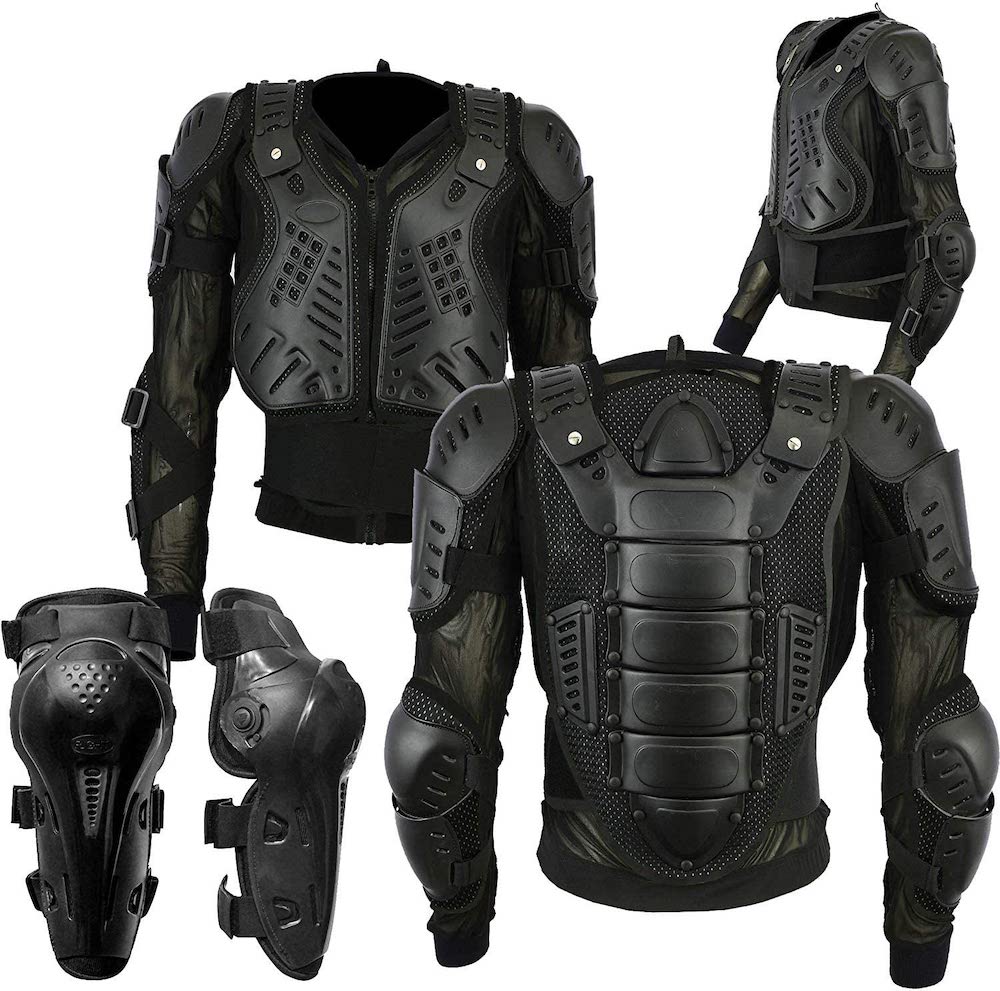 It’s easy to understand why someone who has never thrown a leg over a bike might get vexed about anyone daring to pay such scant regard to such outrageous danger; but the overwhelming majority of the real ‘Armour Nazis’ are motorcyclists themselves, which always makes me wonder if they really understand the potential hazards they face every time they take a bike onto a public road?

So do all you belt and braces and back protector wearers (that’s ATGATT for the sake of our American cousins) honestly believe that you are safe as long as you’ve got all the correct safety kit on? Road rash is a terrible thing indeed, I learnt most of what there is to know about it nearly forty years ago: it smarts like hell (my nuts have shrunk into a protective kernel just thinking about it) and it takes forever to heal because it needs air to get better but you have to keep the wounds covered to keep infection out and stop them sticking to your clothes… 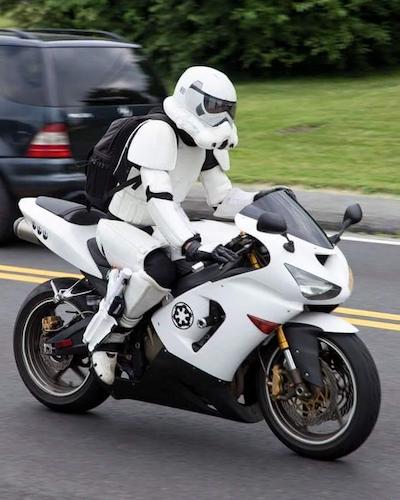 Ultimately though in 99% of cases that’s all it is – very painful. Skin might well be the largest organ in the body (or should that be on the body?) but by the same token that means there’s a lot of it and it’s spread all over so unless someone boils you in oil (and you really should try to avoid people who are likely to do that sort of thing) you’re unlikely to destroy all of it at once. Your internals however, are another thing altogether; if you should be unfortunate enough to find yourself hitting a solid object at any sort of serious speed, if the impact doesn’t kill you outright, the sudden deceleration is likely to rupture one or more of the organs that you rely on to keep body and soul together – and if that organ happens to be your brain, it won’t matter if you’ve got over five hundred quid’s worth of Arai protecting it, it’ll still be spread across the inside of your skull.

I hope I haven’t upset anyone by being so graphic about the potential dangers we all face, I know that many of you prefer not to talk about that sort of thing because with the help of a little advanced training and by the grace of your god, it’s not going to happen to you; and I can entirely understand where you’re coming from. What I don’t understand is why the same people are so often the first to point out the danger of riding ‘unsuitably dressed’ and to post photographs of other motorcyclists with horrific injuries to their skin? I can’t help thinking how they would feel if they were constantly assaulted by pictures of suitably dressed but stone dead motorcyclists; broken bodies laying in pools of dark fluid with limbs in horrifically unnatural positions, posted by well meaning non-bikers bemoaning the terrible dangers that we all face?

OK let me run a scenario by you: at the height of the heatwave I was reading half a dozen comments a day from apoplectic motorcyclists who had been appalled to witness an absolute idiot/cretin/tosser/dickhead* riding his R1/Blade/Gixxer/Ninja* on the M1/M2/M3/M4567* in shorts, trainers and a t-shirt (*delete as appropriate). But let’s take a look at this; let’s say this supposedly brainless chap is actually a very capable rider and he manages to arrive at his destination without any dramas (as most of us usually do in spite of the madness that we see all around us on the average motorway – check out Dermot’s exchange with PC Graham below last month’s column!), providing he remembered to use the correct protection factor sunscreen (well you can’t be too careful with your skin), you could hardly blame him if when he got off of his bike, he turned and raised his middle digit to all the haters. OK, say he continues to ride the same way throughout the summer whenever the weather dictates (and he continues to wear sunscreen) and he still doesn’t get creamed by marauding motorists; when he finally covers his suntanned limbs with a leather jacket in the early Autumn is he allowed to feel a little bit smug? 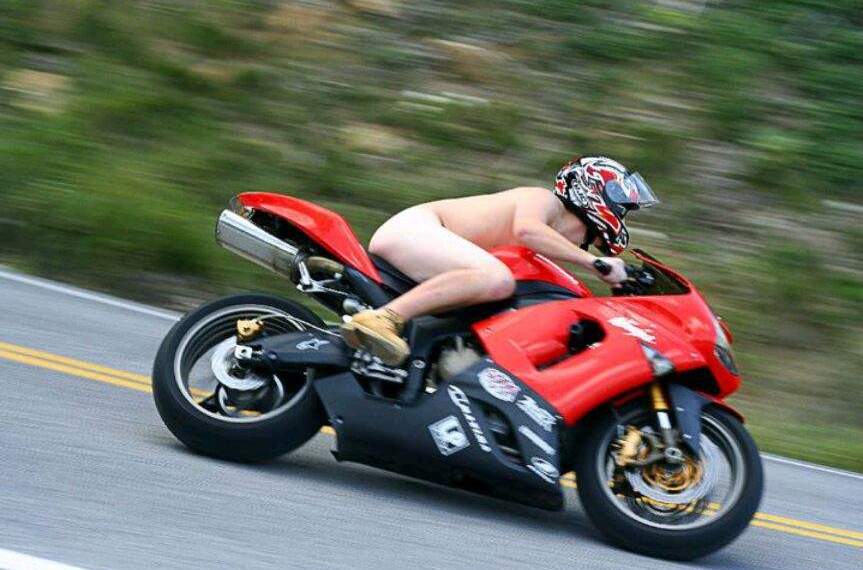 Obviously I know the conventional answer or I wouldn’t be asking: he’s dead lucky but that doesn’t detract in any way from the hopelessness of his decision making. Which is all very well and I know that our in-house police officer would be the first to endorse that position, but he also said last month that the police only deal with collisions because there is no such thing as an accident – and if that is the case, then surely luck doesn’t really come into it. Couldn’t the man with the deep suntan and the sportsbike be an experienced, advanced motorcyclist, who has internalised just about everything there is to know about safe riding but just doesn’t happen to subscribe to the prevailing view of what constitutes a minimum level of protection before you can ride a bike?

A few weeks ago as the wife and I fought our way through heavy traffic on our way home after a lovely afternoon spent wandering around the lake and (imported) Roman ruins in Virginia Water, we pulled up at a set of traffic lights and as we were facing a long sequence before we’d get to go again I killed the Burgervan’s engine because the temperature gauge was showing a worrying four bars. A GS1200 pulled up alongside with a pilot in full leathers. He looked at us in that superior way that most ‘real bikers’ look at a couple riding a scooter in light clothing and – in the pillion’s case – flip-flops. I’m sure he would have liked to have offered us a sneer but the horrible truth was he couldn’t quite pull it off because his face was melting. Wendy, who’s a nurse incidentally, looked at his dripping red face before turning to me and saying, “Surely that’s not safe?” “Well” I replied, “I guess that’s a matter of opinion.”

So, as all the Armour Nazis seem to have absolutely no qualms about sharing their opinion, here’s mine: as far as I am concerned the most important thing when I’m riding a bike is that I am comfortable and at ease. I struggle to envisage a situation whereby riding without protective gear would actually cause somebody to have an accident, whereas it’s not difficult to imagine how heat exhaustion and dehydration might have a profound effect on a rider’s abilities. 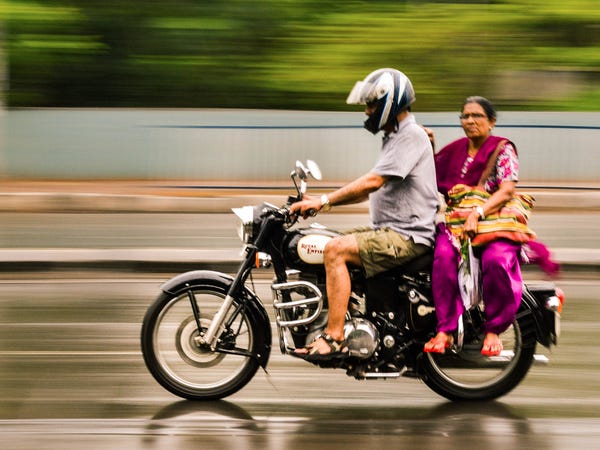 I’m much too lazy to try to organise a major web campaign but it would be interesting to see what would happen if I could persuade masses of people to point at motorcyclists and laugh at them for being so ridiculous whenever they saw them wearing full leathers in scorching heat because in my experience there’s nothing like a bit of peer pressure to prevent people making up their own minds.

Enjoy your summer wearing whatever suits you best and why don’t you try making an effort to leave others people to do exactly the same in their own sweet way.

This editorial first appeared in issue 181 in August 2013 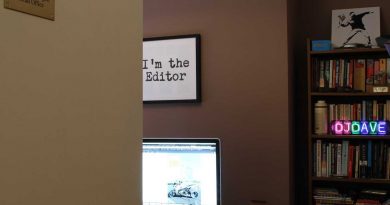 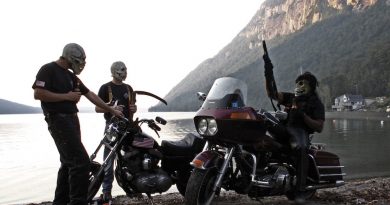 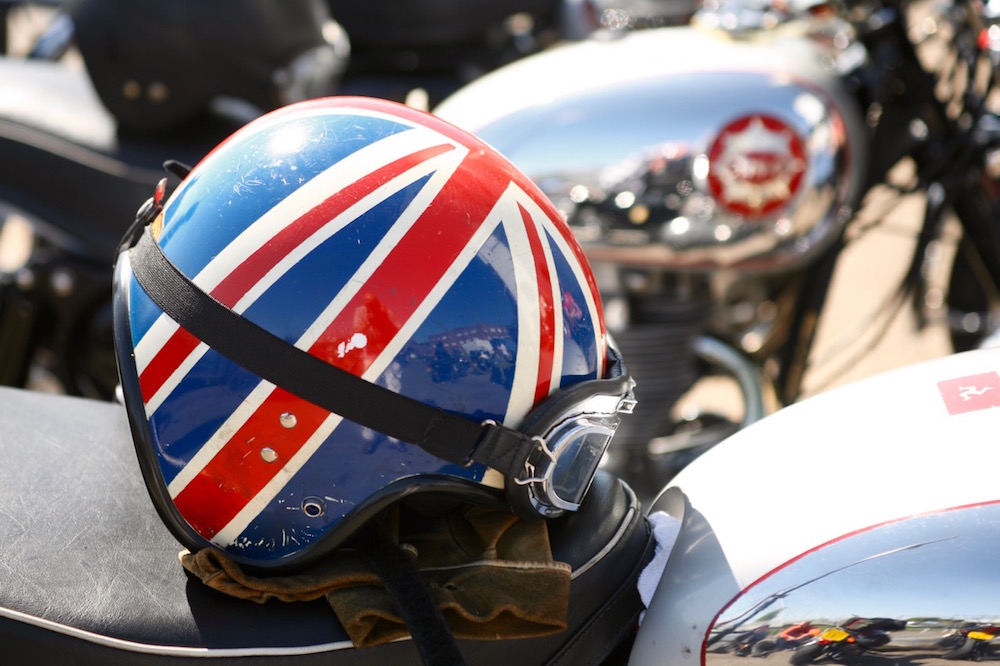 A Sunny Sunday at the Ace Cafe