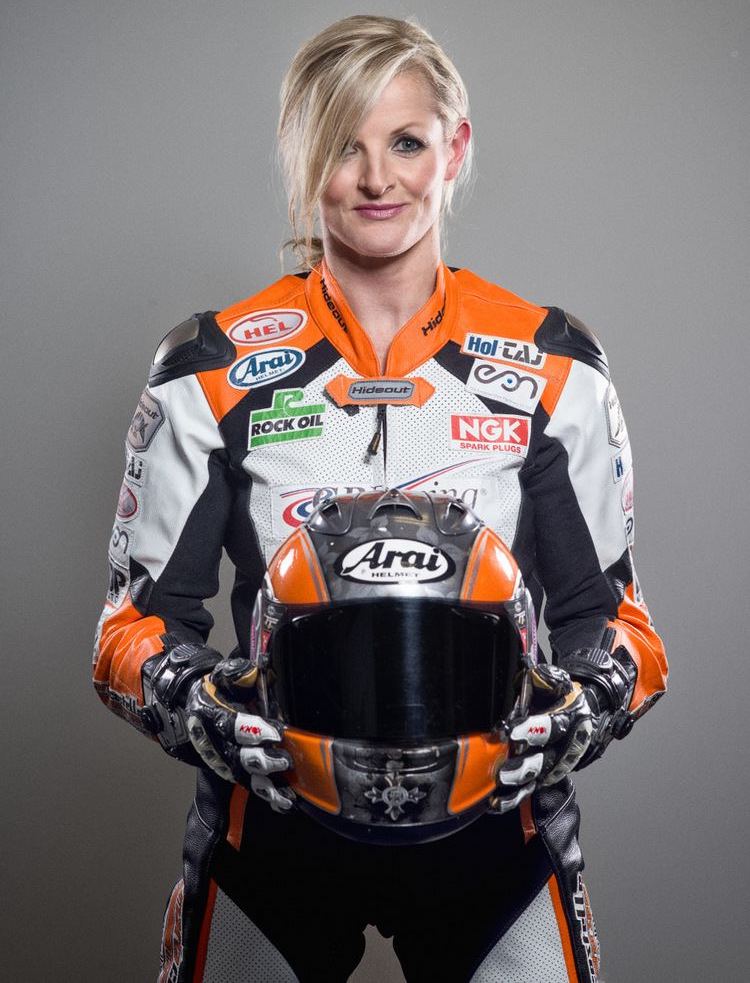 At 16 (I think) I got a Honda Melody so that I could get to work, I was training as a veterinary nurse

I own a BERING Honda CBR600RR race bike

This is an endless list, I love riding motorcycles and I’ll try anything. I wouldn’t mind a spin on Rossi’s or any of the Moto GP bikes, the Norton Hizzy won on at the TT, the RLR Motorsports tuned RVF400 that I finished third on last year at the Manx (and it’s up for sale), I could go on forever…

Probably my most recent crash at the Manx GP. I came off at Kepple Gate and there is no run off so I ended up doing a bit of landscaping before coming to rest on top of the bank

Becoming the fastest woman to lap the TT course (Suzuki GSXR 750 K2) is so vivid because it was a silver lining to a black cloud moment. I was black flagged on my second lap of the race but my standing start lap was enough to give me the record (I had a broken collarbone at the time too!) My podium finish last year just beats that as standing on the podium on the IoM is second to none. I made history by becoming the first woman ever in the history of the TT or Manx to finish in the top three

Nothing really, even broken bones heal!