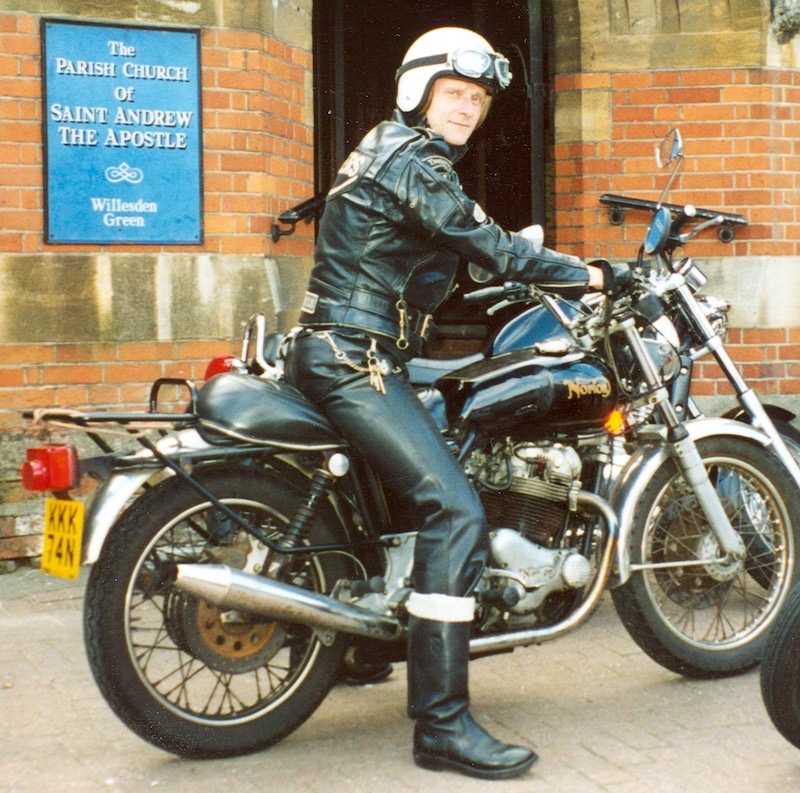 Learning to ride when I was 10 on a friend’s older brother’s scooter over the fields when he wasn’t around!

Currently I’m riding a caffed and customised Thruxton and a Speed Triple courtesy of Triumph. They’re both brilliant. I also have a collection of fantastic old Nortons and Triumphs, and an old Electraglide (which probably hasn’t seen the light of day since ‘93!) that predate the reopening the Ace, and have never all worked at once!

Two extremes. I’d love to tour on a Brough, and to play on a Harris with a GSXR1127 lump and Renthals.

Broken bones and bits of metal aside, racing to the bottom of the Val d’Isere in France, two up, seriously baggaged, on a Harley. The camber disappeared on a hairpin, we became airborne, and it took all my strength to haul the bike over before rejoining terra firma.

It has to be riding my Triton (it does work sometimes!) back from Brent Town Hall, after the council had unanimously granted planning consent to reopen the Ace. Absolute euphoria!

I couldn’t get back fast enough to share the good news: the fast rockabilly song ‘Slow Down’ by Jack Earls.

Being at one with the machine, the environment and the elements.

It may be a reflection of me and my bikes: breaking down (e.g. my T160 blew up three years in succession, only a mile away from the GP at Donnington!)

In addition to the three ‘R’s’ on the compulsory curriculum in schools, they ought to add another ‘R’ …Road sense.

Fondly, though given the Ace, it’s likely to be along the lines of Alastair Sim as Miss Fritton in the The Belles Of St. Trinian’s.